4 Marketing Moves Elon Musk Should Do With Twitter Now

The new purchase of Twitter has been on just about everyone’s radar. In one of the Musk-iest moves Elon Musk could have done, he has purchased Twitter with the promise to make it a better space for everyone. While this can be a lofty promise made by many other social media paragons, it’s never entirely clear where Elon’s vision will go. Tesla, his renowned car company, is pushing the normalcy of electric cars and making a big move towards a cleaner automotive future. Whether you are a fan of this move or a staunch opponent of anything Musk, this could mean some big changes in the Twittersphere.

Who Exactly Is Elon Musk?

This name has skyrocketed to the heights of popularity. Let’s take a brief snapshot for those of us who have been out of the loop. Elon Musk has become well known as the head of the tech world and face of all things technological. While there are certainly millions of other hands in the pot, Elon Musk takes the digital cake when it comes to notoriety. From Tesla, his car brand known for its tech integration and electric engines, to SpaceX, Musk’s newest venture into the final frontier, he’s covering a lot of ground. His company has even interacted with a pig’s mind via an electric chip! Now, to the world’s surprise (or not), the tech figure has now got his sites focused on Twitter.

A venture into social media could mean big things for the Musk empire. Social media has become a necessary facet of our everyday lives, and that is no understatement for platforms like Twitter. There are many ways Elon Musk can improve Twitter, which would bring more attention to his companies and the platform itself. Nothing can be a more crucial Twitter marketing strategy than providing the best user experience. After all, at the end of the day, it’s all about the user. While Musk has already promised to make the Twitter algorithm more transparent, we believe there are other ways he can improve the platform.

Currently, there is a problem with spam bots on all social media platforms, and Twitter is no exception. While spam bots may not be a huge detriment to the website, they can make for a disruptive user experience. If Musk wants to create a better social media environment, he could use his technological skills to target these bots and eliminate them from the site.

Along the same vein, due to the strength of his technological resources, Musk could create a more secure environment for users. Internet security is a hot-button issue right now, especially as competing social media websites have had dangerous security breaches recently. Since Musk is often referred to as the face of the modern tech world, it would only make sense that he makes Twitter one of the most secure social media platforms on the market.

Some of the best parts of Facebook and Instagram are their user-friendly marketplaces. Twitter is a common place for small businesses to promote their products, wares, and services. They often have to include shortened links to ensure potential customers know where to shop. However, with the influx of spam bots, people are becoming warier of clicking on shortened links. This is because they cannot see the full website name. Providing an integrated marketplace will not only boost sales for businesses, it will also help to keep Twitter relevant and safe for all users. It could even become an easy option for new business owners. It could help to learn their market while having a safe, streamlined option to promote their business.

What would an article on Elon Musk be without a greater mention of his car company Tesla? Now, what would the Elon Musk version of Twitter be without making sure that everyone is aware of it? Tesla is steadily growing in popularity, not that it’s shy of any, as being the forefront of electric automobiles. With unique shapes, sizes, and user-friendly tech integration, Tesla models embrace the shape of the future driver experience. Acquiring Twitter allows for a space for Musk to push this automotive brand. It’ll be even easier to integrate user connectivity through Twitter via their car. Twitter is a hot spot for the latest news trends. It could also easily be integrated into the Tesla interface to have your updates on the go. Of course, driver safety comes first, so no Tweeting and driving!

While it’s going to be a big change for the company’s future, we’re hoping that Elon makes it clear that he’s here for the user. A solid Twitter marketing strategy focused on safety and transparency will be sure to boost the platform’s growth.

Click below to learn how you can get an article like this from us – for free!
Get your Free Article 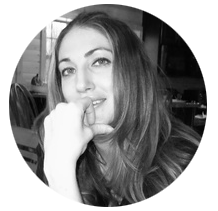 Erica D’Arcangelo – De Silva has worked in the Internet marketing industry for the last 20-years. Erica is the top-secret SEO weapon to marketing and advertising agencies in the world. She has generated over 300+ million in revenue for high-value brands such as Walmart, Pottery Barn, iRobot, Cutting Edge Firewood, Kelley Blue Book, and many more. Erica has custom-created more than 1,000 content, SEO, and marketing strategies which held the key to doubling and tripling online traffic, and marketing ROI. She has also authored a series of online publications including The Digital Branding Survival Guide, Million Dollar Marketing, 5 Steps to Increase Web Traffic by Blogging, and Repairing Your Online Reputation.

Take Your Marketing to the Next Level

Whether you’re a marketing agency or a business owner with immediate needs, get vital information by signing up.